In 1962 the Australian Government realised that it was not producing enough home-grown geophysicists, and it turned to the UK (which was not producing that many either) to fill the gaps. A considerable number of new graduates took the bait, which included the possibility of going to the Antarctic. I nearly swallowed that particular bit of bait myself (it was volunteers only) but one place I was sure I did not want to go was Macquarie Island. This uninspiring rectangle of mafic and ultramafic rock, 30 kilometres long and about 4 kilometres across, lying a thousand kilometres south-west of New Zealand and fifteen hundred kilometres south-east of Tasmania, was uninhabited except for the geophysicists at the Australian research station. No further south of the equator than Glasgow is to the north, it lacked the glamour of the Antarctic proper, and the weather was known to be awful. Also, since this was (just) before plate tectonics got going, nobody had much of an idea as to why such a geological freak was there at all, and not many people were interested.

It has become more interesting since, because it is the sole sub-aerial bit of what is rather grandly known as the Macquarie Ridge Complex, and when, a few weeks ago, references to a new paper on the area began to appear in various places on the Internet, I thought it was time to learn a little more about it.

Like most papers on marine geophysics, this new one boasted an impressive number of authors, led by Brandon Shuck of the University of Texas at Austin, but it covered only the northern segment of the Complex, the segment known as the Puysegur Ridge. Concerned mainly with seismic reflection, it did have a Bouguer gravity map of the authors’ area of interest, but what that mainly suggested was that I needed to be looking at a much wider area  if I was going to a chance of understanding anything at all. Hooking in to Dave Sandwell’s always indispensable Topex Poseidon database of free-air gravity and derived bathymetry, I extracted some three million grid points from an area 20 degrees of longitude by 20 degrees.  Fortunately, Geosoft was equal to the task of display, and the bathymetry of the entire downloaded data set gave me the regional bathymetric map of Figure 1. 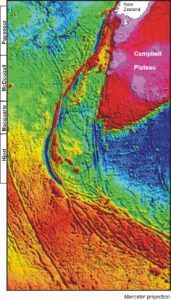 Figure 1. Bathymetric map of the area south of New Zealand, obtained by processing satellite-derived measurements of sea-surface elevations to provide estimates of free-air gravity, and combining those with ship-borne water-depth measurements.

There is one slightly unusual feature of Figure 1. Most bathymetric maps pay tribute to the fact that they are dealing with water-covered areas by using a limited colour range, with blues getting darker as the water gets deeper and with perhaps a bluey green for where it is really shallow. Yellows, browns and reds are reserved for land areas. It seems a shame to limit the display options in this way, for an area where there is almost no land, and so on this map even the reddest of red areas is under water. What the reds and purples define very clearly is the main area occupied by the  continental crust of what it is now fashionable to call Zealandia, represented here by the Campbell Plateau and a little bit of New Zealand’s South Island. Also deep red is the Macquarie Ridge Complex itself, now commonly divided, for reasons the map makes obvious, into the Hjort, Macquarie, McDougall and Puysegur segments. Hjort looks like a typical, if rather short, subduction zone, but  Macquarie and McDougall lack any sort of trench, and the trench in the Puysegur segment, also short, is also unusually straight .

There are so many interesting features on this map that it is hard to know where to start, but Macquarie Island itself seemed a good place,  The free-air gravity image is a remarkable one. The island seems to be sitting atop the more easterly of  two very straight and parallel subsea ridges oriented a few degrees east of north. Any doubts about the reality of these two features are countered by fact that Macquarie island itself fits so exactly on to its ridge, which in turn explains why its east and west coastlines are parallel to each other. 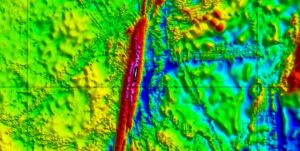 Figure 2.  Detail from Figure 1. Bathymetry of the area surrounding Macquarie island, from the Topex Poseidon global data base.

There are, however, other causes for concern. The map is criss-crossed (scarred, one might almost say) by linear bands in which the bathymetric wavelengths appear to be much shorter than elsewhere.These bands mark the locations of the ship tracks along which were obtained  conventional bathymetric soundings, without which it would be impossible to convert the free-air gravity values, which are obtained from the sea-surface elevations measured from satellites, into bathymetry. It is, however, the free-air gravity that is the primary data with this method, not the bathymetry, and so, necessarily, it is the free-air gravity that has to be examined. 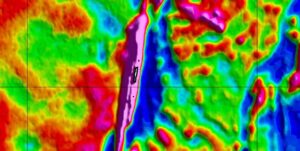 Figure 3. Free-air gravity, the primary data in the Topex Poseidon global data base.

On this map, certainly, the short-wavelength features have disappeared. The ridge can be resolved into two parallel elements only with the eye of faith. But this, remember, is the fundamental data. The data obtained by conventional means may give much higher resolution, and is presumably the basis for the double ridge, but for much of the area it does not exist.

And what then of the Bouguer gravity, the gravity data that Brandon Shuck and his colleagues did decide to use? What they wanted to show by using it was the limits of continental crust in the area, but that purpose Figure 1 is hard to beat. At the scale of Figures 2 and 3, the Bouguer gravity map is even more scarred than was the map of free-air gravity. 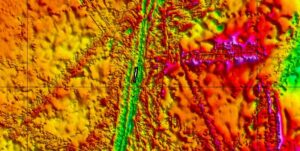 Figure 4. Bouguer gravity, calculated using the flat plate assumption and a replacement density of 1.54 Mg/cu. metre, from the free-air gravity and bathymetry in theTopex Poseidon global data base.

Having now got these maps and looked at them closely, I am now in a position to use them to help me understand what is going on in this area. But that is, or may be, the subject of another blog. Enough is enough.