The utility of gold

Is the gold industry getting a wee bit nervous? 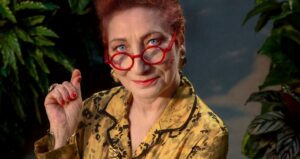 It seems unlikely, with the world so invested in it, but in the last few months my LinkedIn feed has been in frequent receipt of messages from the funky lady in Figure 1 pleading with me, on behalf of the World Gold Council, to “explore all gold’s potential benefits” and then invest in the stuff. Sometimes she appears with the younger guy in Figure 2, but when the links are followed, useful facts about the potential benefits are hard to find. It is relatively easy to discover the boiling point of gold (2808°C), but that I do not class as a useful fact. 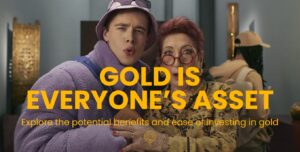 This represents something of a change. Six or seven years ago, when I wanted to find statistics on gold usage for a piece I was submitting to Geoscientist, the Council was very up front with the facts. Today they seem to be present on their website only as numbers attached to a quite complex flowchart summarising the industry. 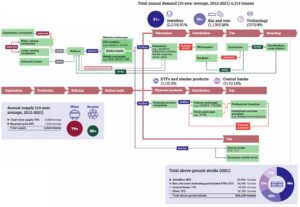 Figure 3. World Gold Council – Everything you needed to know about gold.

The numbers on that chart are, however, worth repeating.

Given that the financial uses (as currency and in backing for central banks, Exchange Traded Funds and the like) rely on perception rather than usage, that jewellery, while possibly very nice, is hardly  essential, and that the less than one gram in every ten that is extracted from the ground and then goes on to doing something possibly useful can be easily supplied by mines in which gold is produced as a by-product, the role of gold mining in today’s world seems hard to justify by any rational criteria. This is not, however, a new development; the importance assigned to gold in Atlas Shrugged, Ayn Rand’s vision of an ideal future, is quite bizarre. One at least of her heroes seems to have been prepared to take insane risks with his own life for the stuff. When Ragnar Danneskjold arrived at the Rocky Mountain hideaway known as Galt’s Gulch during Dagny Tarrant’s involuntary first visit, and John Galt asked “what have you accomplished this year” he said “I’ve defied the law of gravitation.”

“You’ve always done that. In what particular form now?”

“In the form of a flight from mid-Atlantic to Colorado in a plane loaded with gold beyond the safety point of its capacity. Wait till Midas sees the amount I have to deposit.”

That gold had been ‘earned’ by Danneskjold in his chosen career, which was that of a pirate, preying principally on ships taking cargoes of aid to the countries of Europe which were deservedly starving, thanks to their decisions to adopt socialism. But gold, as such, is not of any use to a starving person, and so it formed no part of those ships’ cargoes. Those had to be converted into gold, but fortunately Danneskjold knew how. As he explained to Hank Rearden, waylaid by him while walking the road from his steel plant to his home

“I have been selling the cargoes I retrieved to some special customers of mine in this country, who pay me in gold. Also, I have been selling my cargoes to the smugglers and the black-market traders of the People’s States of Europe.”

Somehow these ‘special customers’, smugglers and black-marketeers managed to escape the opprobrium heaped on everyone else, but what, one might reasonably ask, was Midas Mulligan going to do with that gold?

The Gulch, it appears, was self-sufficient. It bought nothing from the outside world, because the geniuses who made up its population found all the resources they needed within its confines. Its government (and however much Rand would deny it, she was unable to imagine a world without a government; what Galt and Mulligan and a few like-minded souls decreed, was adopted) had decided that gold, which they could not eat, or drink, or breathe, should be the basis of their currency. It was a choice, and it might just as well have been cowrie shells. And to the argument that cowrie shells would have been too easily obtained and that the economy of the Gulch would be undermined by oversupply, it could be pointed out that Danneskjold was doing just that with gold. Rand never told us how much gold he brought in that day, or how much Mulligan already had in his vaults, but the iron laws of supply and demand would surely have applied there as much as anywhere else. Danneskjold’s activities were inevitably inflationary just as the activities of the Spanish conquistadors in the Americas had been inflationary, and as such, threatened the basis of the Gulch’s economic system. But economics was never Rand’s strong suit.

So what lies behind the World Gold Council’s campaign? That is not too difficult to work out by looking at the present focus of their website. They are frightened of the advent of the cowrie shells. They are frightened that gold’s place in the global financial system might be taken by cryptocurrencies, and to counter that, they have to play up the metal’s advantages. Demand and supply of gold are, they say, both more diverse than those of cryptocurrencies, which have, they claim, behaved so far like speculative investments, and gold has repeatedly proven itself as a safe-haven investment, including during times of high inflation.

But, given how limited are the actual uses of gold, and how easily it could be substituted in most of them, there is one characteristic that gold does share with the cryptos. Its value exists almost entirely in the mind of the user.