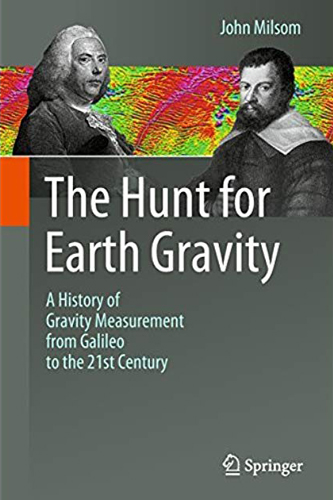 The Hunt for Earth Gravity: A History of Gravity Measurement from Galileo to the 21st Century

The author of this history of mankind’s increasingly successful attempts to understand, to measure and to map the Earth’s gravity field (commonly known as ‘little g’ or just ‘g’) has been following in the footsteps of the pioneers, intermittently and with a variety of objectives, for more than fifty years. It is a story that begins with Galileo’s early experiments with pendulums and falling bodies, progresses through the conflicts between Hooke and Newton and culminates in the measurements that are now being made from aircraft and satellites. The spectacular increases in accuracy that have been achieved during this period provide the context, but the main focus is on the people, many of whom were notable eccentrics.